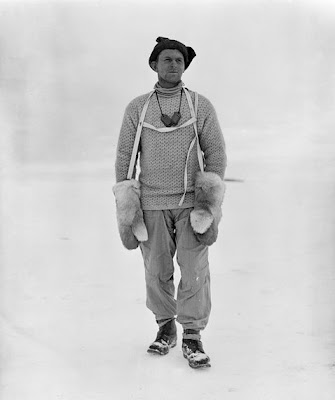 Gran, photographed by Ponting in January, 1911. [1]
With the going heavy, Gran decided to use his skis, and fastened a harness to Weary Willy. "Gran tried going on ski with his pony," Scott wrote. "All went well while he was alongside, but when he came up from the back the swish of the ski frightened the beast, who fled faster than his pursuer -- that is, the pony and load were going better than the Norwegian on ski." [2]