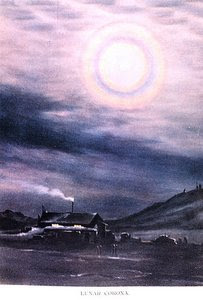 "Lunar corona", a watercolour by Wilson. [1]
The sun set for the winter at Cape Evans.